Where the Mind is Without Fear – Poem by Rabindranath Tagore: Summary & Critical Analysis

Where the mind is without fear is a poem that is taken from Tagore’s English Poetry Collection, Gitanjali, number 35. This is one of the most famous poems ever composed by an Indian poet writing in English. In this article, Ravi Kumar, one of the English Literature Education experts, will critically analyse, summarise and paraphrase the poem for students and otherwise interested people in this poem. Please read the article till the end so that you can understand the poem completely. If you have any further questions, you can put those for a conversation in the comments section.

Know the Poet: Tagore
The only Indian Nobel Laureate in Literature, Rabindranath Tagore is and must be considered one of the greatest Indian writers. Primarily, he used to write in Bengali. Later on, he himself translated most of his works into English. He used the shreds of Indian history, philosophy, religiosity, and above all patriotism in most of his literary outputs. His home, family members, and natural scenery were the most artistic inspiration for his poetry. Flowing of river water, lingering clouds over hills and mountains, the rising of the sun, farmers working in the field, and green patches of land are the poetic inspirations. He has also composed poems addressing children. He has immense affection for the children and their world. He has produced a series of poems dealing with the world of children, their relations with God, interactions with different embodiments of nature, and conversations with God. Now, the present poem is also the one that converses with God for an Ideal nation. The poet prays to God for an ideal country and seeks a few demands that may allow a nation to live peacefully, become prosperous, and the development to reflect everywhere. The poem ‘Where the Mind is Without Fear’ is a translated version of Chitto jetha bhoyshunyo. It is taken from Gitanjali in English as poem 35. The English translation of Gitanjali was published by The India Society, London, in 1912.

Paraphrasing of the poem: line by line:

Line 1:
Where the mind is without fear and the head is held high;

A person who is truly independent should be allowed to think freely, without any kind of fear. The lives of people with dignity and without fear that brings a healthy life. People should live a life which has no fear. Fearful experience of life yields no meaning in life. It gives the people a taste of death before the ultimate demise of the body.

Line 2:
Where knowledge is free;

Now the poet suggests a very important aspect of freedom. He wishes for such a nation where people would have access to free education – the line might suggest so. Adding to it, Tagore seems to suggest (as the popular meaning goes as well) imparting of free knowledge irrespective of cast, culture, and creed shall serve the real purpose of education. Thus spreading it to the last person of the society would be like shaping and making of the bricks for the entire development of the nation. Nevertheless, the line might also suggest that knowledge should not be corrupted with prejudice or preoccupations of any kind. Many Marxist historians in India doubt everything before actually looking into them! Tagore warns against such knowledge.

Line 3:
Where the world has not been broken up into fragments by narrow domestic walls;


The poet prays to God for such a nation which remains undivided. Where there is no possibility in the present as well as in future of partition within the country. The poet seemingly suggests against any kind of division by ‘domestic walls’ – caste, creed, religion, beliefs, political alignments… domestic walls of any kind are only ‘narrow’ minded.

Line 4:
Where words come out from the depth of truth;

The poet’s words suggest the visions for a country where people only speak the truth, in any condition.

Line 5:
Where tireless striving stretches its arms towards perfection;


Rabindranath Tagore hints that Parmeshvar inspires a nation where people should move forward steadily for the combined effort with firm determinations to avoid any kind of ailment and impurity in their behaviours and manners. The countrymen should strive for betterment in all aspects of the human world. A march towards perfection which is decorated with tireless efforts and hard work, this is what the poet suggests.

Line 6:
Where the clear stream of reason has not lost its way into the dreary desert sand of dead habit;

In this line, the poet requests to his deity, Ishwar or Bhagwan, as we say, to impart reason and logic, enlighten the minds of the people so that they would not leave the path of reason to carry out day-to-day affairs. Nothing should become a part of the life which is accepted as a habit without any reasoning involved.

Lines 7-8: (combined lines)
Where the mind is led forward by thee into ever-widening thought and action—
Into that heaven of freedom, my Father, let my country awake.

The poet requests to his Ishwar, his Bhagwan, his guide that only Parampita can lead such a nation to success. People would be moving forward with actions guided by crystal-clear thoughts which often yield positive results. Thus the poet sums up the prayer with final words that he wishes our country, India, should awake and taste the heaven that freedom can bring to us, under the guidance of our Parampita Parmeshvara (Indian idea of the divine).

The Poem in a Totality & Critical Analysis:

This poem, in the form of a prayer to God for the poet’s country – that is India, details his wishes and requests that he puts forth to the one he worships. In this poem, Rabindranath, as a staunch patriotic man guided by the roots of Indian ethos, spirituality and philosophical doctrines, requests to Bhagwan, the most Divine, to spread the light of grace and affection and inspire the countrymen in the direction of fearlessness, truth, hard work and success. The poet, in one breath, keeps his vision for an ideal India in front of his Aradhya (Indian word, in Sanskrit, for the one whom we worship) and seeks the same being translated into reality. He requests for a country where people speak with confidence, education is free for all and free of any perverse goals, no partition within the country in any possible form of enmity, regional bias or religion, where people have rational thinking and people should move ahead in their personal life as well as contribute to the nation’s development by their hard work. The poet believes that only then India can become a heaven for Indians. Going deeper, the poet has astutely shown us what an ideal nation with its freedom should look like; how the countrymen should behave and act; how things should be when India becomes free. By using ‘narrow domestic walls’ the poet seems to suggest that when the Britishers won’t be in the country, India will seldom have any fear from the outside. However, we must not create walls within the country and divide ourselves into different fragments – based on religion (largely), based on beliefs, based on region, based on political beliefs and so on… all the domestic walls are narrow-mindedness in action and we MUST NOT do that. ‘Tireless striving’ suggests continuous hard work by Indians to make India self-dependent, or the vision of Atmnirbhar Bharat that you must have come across today, initiated by many decades later by the current prime minister Narendra Modi. By using the phrase ‘dreary desert sand of dead habit’ hints at the problems that we have given up solving and have accepted them without much application of our reason. The reason should be the ideal way out of such situations where we accept anything just because we are accustomed to. The poet suggests to the readers that he is asking his Aradhya to inspire the habit of reason in the countrymen so that we become able to properly analyse a situation, understand our actions and not believe anything because we have been believing so far. The poet clearly seems to suggest that we need traditional, social, civilisational and cultural evolution and evaluation (which should lead to evolution) from time to time. Only our Aradhya, the one who leads everything, say Krishna or Ram or Vishnu or Brahma or Mahesh, can lead us into an awakening that experiences such a morning when India will awake into a land where the mind is without fear… of any kind!

Form & Tone, the Mood and Idea of the Poem:

It is an eleven- lines poem without any identified rhyming scheme. It can be understood as the poem has been translated from its original version in Bangla. It is composed in a very simplified language so that originality seems to exhibit in this translated version. It is a very straightforward poem with no any under the surface connotations. Usually, a poem comes with many ornaments of language like metaphor, hyperbole, irony and others; however, in this poem, Where the Mind is Without Fear, the poet has decided to keep things simple and instantly communicating to the readers, even younger readers. It is in a single set of not very complex lines that goes to the last line of the poem. In fact, the entire poem is one single sentence broken into different sections with a semicolon (;) at the end of each line. The poet seems to be in a posture of thoughtful prayer. Therefore, it has no such pauses that can make the readers feel that the poet is taking time in thinking what to write next. It can be said that the poem is entirely coming out of the poet’s heart spontaneously, without any filtering of emotions or thoughts.

Thus the poem ‘Where the Mind is Without Fear’ goes beyond the boundary of an ordinary patriotic poem. It represents what India traditionally stands for – the idea of universal tolerance and peace, the idea of self-dependency and servitude. Rabindranath comes from the land of Bengal, which is known for devotion as well as critical thinking, and he has displayed different facets of his emotional and intellectual constructs in this short poem. He envisions the ideal India that we could have got after its independence. However, there was a big partition and it led to many domestic partitions in India… so, we can also understand that a poet has a very accurate understanding of situations which might occur because of certain conditions. I am sure you enjoyed studying, reading and understanding the poem. You can come back for more articles like this. I will keep analysing more poems for the readers of this website.

By Ravi Kumar, interested and an expert in Indian English Literature

Posted on 3 years ago
Read more by tags: #Indian 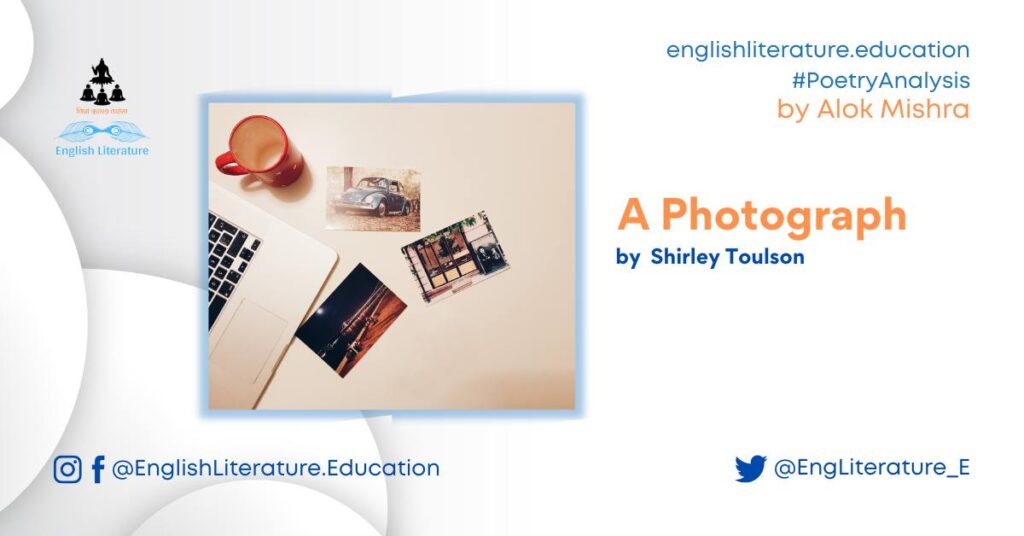